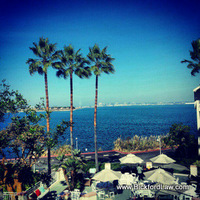 Considering the large military population in San Diego, it is not uncommon for one or both parties in a San Diego divorce case to have served in the military. The divorce attorneys at the firm frequently answer the questions:

Does BAH count as income for child support?

One of the unique aspects about being employed by the United States Military is the various forms of compensation offered to service members. In addition to receiving a “base salary” many service members also receive benefits known as “BAH” and “BAS”. BAH stands for Basic Allowance for Housing and BAS stands for Basic Allowance for Sustenance. These allowances constitute extra money, over and above the base salary, provided to service members in order to pay for basic living expenses. Divorce attorneys are frequently asked: Is BAH or BAS military allowances considered income available for support?

In 2010, the California Court of Appeal cleared up any debate regarding whether BAH and BAS should be considered as income available for support. At the trial court level, the court stated “If it looks like income, it is income no matter how it is paid to you. And this court has always considered BAH and BAS to be income.” The Court of Appeal affirmed the trial court’s understanding of the law and held that BAH and BAS are income available for support.

How is military retirement divided in divorce?

Another common issue in family law, and especially in military divorce, is retirement. One of the most valuable assets to be divided is a retirement account/plan with a community property component. However, in many cases, the retirement plan does not have an ascertainable value which can be easily split down the middle and distributed to both spouses. This is the case with military retirement plans.

Courts have held that simply being stationed in a particular state does not automatically constitute residency in that state for military service members. Further, as divorce lawyers know, consent to jurisdiction does not have to be verbal. Consent is often implied by participation in the dissolution proceeding. This means that if a military spouse files for divorce or files a response to a divorce petition, the court will have jurisdiction over his or her military retirement. If you are a military spouse and would like to contest jurisdiction of a state where your spouse has filed for divorce, it is important to consult a divorce attorney regarding your rights. 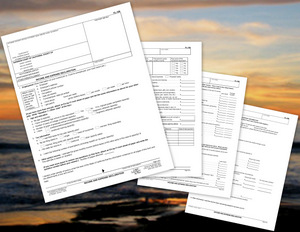 Please contact Bickford Blado & Botros if you need more information about divorce in San Diego. Nancy J. Bickford is the only attorney in the county representing clients during divorce, who is a Certified Family Law Specialist (CFLS) and who is actively licensed as a Certified Public Accountant (CPA). Don't settle for less when determining your rights. Contact us at (858) 793-8884 today for more information about the consultation process.