Alimony and the Self-Support Goal

The Role of the "Self-Support Goal" in Awarding and Modifying Alimony Awards
“We do not construe the marriage status, once achieved, as conferring on the former wife of a ship-wrecked marriage the right to live a life of veritable ease with no effort and little incentive on her part to apply such talents as she may possess to making her own way.” (Kahn v. Kahn, 78 So. 2d 367, 368 (Fla. 1955).

Origins of the "Self-Support Goal" 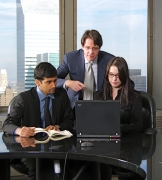 Today, a supported spouse's ability to develop anew or redevelop a capacity for self-support is now a pertinent factor in determining the extent of an alimony award. Since 1997, California Family Code § 4320 has required the divorce court, in resolving disputes over alimony, to consider "the goal that the supported party shall be self-supporting within a reasonable period of time." The court is encouraged to advise the divorcing spouses to make reasonable efforts to assist in providing for their own support needs; and failure to make an effort may be taken into account when considering the modification or termination of the alimony award.

The Role of the "Self-Support Goal" in Determining Initial Alimony Awards
The statute does not define "self-supporting" for divorce lawyers, but the conventional view is that the supported spouse can support herself at a level close to the marital standard of living. In a Del Mar divorce, this may even require a spouse to change her investment strategy to provide greater income for her to be self-supporting. California divorce courts also incline to use the “self-support goal” factor in a conditional way and in relation to determination of the supported spouse's earning capacity. Specifically, the factor plays a key role in initial alimony awards that create contingent-termination orders or step-down provisions. For instance, in In re Marriage of Cheriton, a divorce court was held not to have abused discretion in ordering that alimony terminate on a specified date, in light of the evidence that the supported spouse was capable of self-support.

In this case, the trial court could reasonably have found that Michelle had the immediate capacity to earn $30,000 per year, and that if she had opted for restraining as she was directed to do in 2003, her earnings would likely exceed $30,000 per year in the future. In addition, the trial court was presented with new information that Michelle had been receiving $20,000 per year from her parents, that she owned liquid assets with a value of approximately $517,000 and that the equity in her house exceeded $400,000.  Further, by the time the court entered its order reducing and then terminating spousal support, Michelle had been receiving spousal support for approximately 10 years.  The trial court could have reasonably concluded that in view of all of these circumstances, Michelle could become, and should become, sufficiently self-supporting within the dates the court set for the reduction and termination of spousal support.

Might the evidence in Shaughnessy be understood by lawyers to suggest that the supported spouse's bad faith was the basis for this decision?  Perhaps; but, at least in earlier times, there was no requirement that the supported spouse's failure to exercise diligence in becoming self-supporting must have been in bad faith to constitute grounds for modification of an alimony award post-divorce.

Critique of the "Self-Support Goal" in Comparison to "Rehabilitative Alimony"
The "self-support goal" factor used in Del Mar and across California is quite comparable to the "rehabilitative alimony" approach taken in some other states, in that both generally connote an attempt to encourage a former spouse to become self-supporting. However, the "self-support goal" is merely "rehabilitative alimony" is a distinct species of support award.  In assuming that a divorced spouse can become self-sufficient, the “rehabilitative alimony” approach often proves inadequate to meet the needs of older homemakers in lengthy marriages. Therefore, the "goal" of self-support makes sense as a factor in divorce to be weighed and balanced against a lengthy list of other factors so that the ability to attain self-sufficiency may be properly offset by factors such as the supported spouses' age, health, and ability to engage in employment without interfering with the interests of dependent children. The "self-support goal" appears to strike a balance between protecting a supporting spouse from a supported spouse's failure to make a good-faith effort toward self-sufficiency and the recognition that not all supported spouses will gain self-sufficiency within half the duration of the marriage.

Conclusion
The "self-support goal" is justified because it provides the supported spouse with motivation to acquire or regain the skills necessary for financial independence, which in turn promotes the earliest possible severance of the spouses' economic ties.  Alimony obligors often become frustrated when the supported spouse appears to have made feeble efforts, or none at all, to become self-supporting since the divorce.  If their frustration comports with reality, then they are paying alimony to enable their ex-spouse essentially to live an idle lifestyle.

When a divorce lawyer sees that an increase in earning capacity is reasonably possible for a dependent spouse, the court should provide in advance for a termination of support when that increase is realized. Such an order will put the alimony recipient on notice that failure to accomplish the expected increase will likely contribute to a significant drop in his or her standard of living.  Limiting the amount or duration of spousal support so that both spouses can develop their own lives, free from obligations to each other, is a commendable goal throughout the divorce process.

Don’t settle for less when determining your rights. Nancy J. Bickford, Esq. is the only Del Mar divorce lawyer representing clients, who is a Certified Public Accountant (CPA), and is also a Certified Family Law Specialist (CFLS). Contact us to learn more about the divorce consultation process with one of our family lawyers. Call today at (858) 793-8884.